I love acting it's so much more real than life

Winning isn't everything... but wanting to win, is 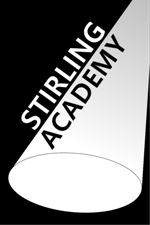 Sally has had multiple auditions since being signed with the agency in September 2019. She also takes weekly advanced classes with the agency and often attends intense workshops where professional Actors and Directors also attend.

Professional In The Making

''The actor is often recognised by casting directors and producers and is frequently asked to film a night or two before filming is schedualed. Sally enjoys the rush of standing in when other actors are no longer able to continue with the role or job. Sally has been known to learn an entire script in just 4 hours and perform it to a high standard''

One of a kind actress - pulled in last minute to assist in a film festival short film, and consequently stole the show.   Absolutely a pleasure to work with, and a talent you'd be a fool to miss out on     ~ Scott Mines

''Sally was enthusiastic and full of energy on set, She took instruction well and improvised brilliantly to the role. I couldn't have found anyone better, 10/10        ~  Curtis Tootell

Sally started acting for camera as an extra and had her first film set experience with the Box Office fantasy film and Harry Potter spin off, Fantastic Beasts and Where to Find Them. Although Sally enjoyed the extra work, she didn't want to be in the background, unnoticed. She needed lines, direction, action! Sally started contacting agencies and joined a talent agency that held weekly classes in Preston. Sally soon became top of the class, and was given all the lead roles  as well as taking on second and third characters within the same production.

Sally often took other peoples roles if they were no longer able to play them. She took this as a learning exercise and took on the challenge to learn several more lines just nights before the performance. This trained her to be able to learn lines extremely quickly. In May 2019 Sally was invited to attend weekly acting classing with the Bolton based agency 'Stirling Management' who then signed her.

To this day Sally has been offered every role that she has auditioned for. She has even been offered work from crew members of projects she was already working on. Sally has taken part in several short films, usually as the lead but she also part takes in web series. YouTube series, Love Hurts is a popular project written and directed by award winning comedic writer Chris Hembury.

Greenbank is a new web series Sally is currently working on. This is a project that is based on improvisation. This is a fun challenge for the actress as she dives into new types of performing.

Sally loves working with various directors and producers and now wants to start producing her own work. The actress is currently planning and working on her own projects. She intends to create her own web series with the help of producers she's worked with in the past. To create the best series she can as an actor, she enrolled onto an online TV and Media film course to improve her knowledge on film editing. She will direct, produce and star in the series.

At the young age of 4 Sally Loved performing on stage and was cast as Mary in the Nursery Nativity. Scoring lead roles at infant age. At 11 years old she joined a Theatre School and attended acting, dancing and singing lessons and was given a starring role in her first production with the school. As a young adult Sally joined local Amateur Dramatic Societies working her way up quickly from being in the chorus to the lead role. Her first major role was Cinderella in a Christmas Panto. Sally has a soft spot for this character as a number of children approached her after the performance and told her they want be her. She was then later recognised for the role and credited with regular lead and starring roles within the dramatic society.

Sally joined a few local amateur dramatic societies and starred in a number of stage productions. Sally was featured in Guys and Dolls with the Lytham society, an original production titled Wild Wild West with Nogal, a Kirkham society, several showcases with Blackpool and was cast as Cinderella, the lead in the Christmas pantomime. This lead role then gave her the opportunity to show her talent and was then cast as major roles in every production after that.

Top of the Class

Although Sally was given lead roles in stage productions, the actress wanted to learn more in TV and film, so she joined an acting school and agency based in Preston. Sally was praised for her talent on her first lesson and all her new class mates voted her as the best performer in the class. Sally was then given all the lead and starring roles in every production the school put on. She then later went on to winning the 'Best Supporting Actor' award from her starring role as Cratchit in the 2016 Christmas production, Scrooge. She also played 2 other characters in the same production.

After the disappearance of her brother - Adam, one year ago, Mia and her two friends set out to find answers and closure. but as their environment begins to change and a mysterious shadow figure watches their every move, Mia realises that she must take actions into her own hands.

A young woman is involved with an accident at her work which causes her work college to end up in intensive care. She is then told by her friend to take some time away while things calm down and till the company decides what to do. She agrees to spend some time at her friends place, who also works for the company.   During her time there, someone breaks into her friends house and Andrea is convinced someone is looking for the lighting manual she keeps with her. This manual shows the

Short film about a watch makers apprentice, Harry, going on a blind date with fashion designer, Jessica. Harry invents a time machine disguised as a watch and being able to travel back in time uses this to his advantage. Harry now has the opportunity to correct the many mistakes he makes during the date. But does his plan work in his favour, or does Jessica have a secret of her own that shows Harry not to mess with her.

Short film about a young man, Toby, struggling to find happiness in his day to day life with a dead end job that he hates, working for an unsuccessful company. Things finally start to look up for Toby when Lisa, a happy go lucky student, comes into his life.

Love Hurts is a  British Comedy Series nominated for 19 Awards World Wide and screening in LA, Rome, London and Korea. Nominated for 6 Awards at LA Web Fest and 14 Rome Web Awards. Josh learns that his 'girlfriend' is only pretending to be with him to get pregnant to start a family with her lesbian partner Karen.

This is a short film about modern day slavery. Luci is a young girl forced to service a couple and their young baby. The film is aimed to raise awareness about the issue and explains what to do if you notice any of the signs shown in the film.

I watched this the other day before it said 'acting monologue' and I thought it was real. Good acting girl! ~ Bethanie Gonzawa

People/ agencies would be silly to not want you, you can just see the passion in your eyes of how much you want to act ~ Laura White